People of the World: Finding Empowerment Through Traveling Alone

Meet Deanne and hear her story about how she found empowerment by traveling alone. For more P.O.W, come back every Wednesday.

People of the World is a new section for you to share your stories of traveling, the people you meet and the lessons you learn. It is published every Wednesday. To submit your story, email: dancktravel@gmail.com.

When people ask who I travelled abroad with, they’re often shocked when I answer that I went alone. They say that they could never do that; they say that I was brave.

If there’s anything I learned during my time as an exchange student and later solo traveler, it’s how to be independent. When I first arrived in Heidelberg, Germany, in the fall of 2011, I knew no one in the city and barely spoke German; I had to make my own friends and learn how to navigate a new culture with German that made the natives shake their heads.

It was scary. It was frustrating. But most of all, it was exhilarating.

There was the rush of excitement when I finally figured out how to handle public transportation, asking for a receipt at the supermarket, knowing how to tip appropriately at the bar. How to flirt, how to joke.  Through all this, I realized that it was up to me to make this time abroad a success, and I threw myself into learning German and understanding the culture. When I returned to the States eleven months later, I came back with near-fluent German and an enormous boost of self-confidence.

I did all this. I can do anything. 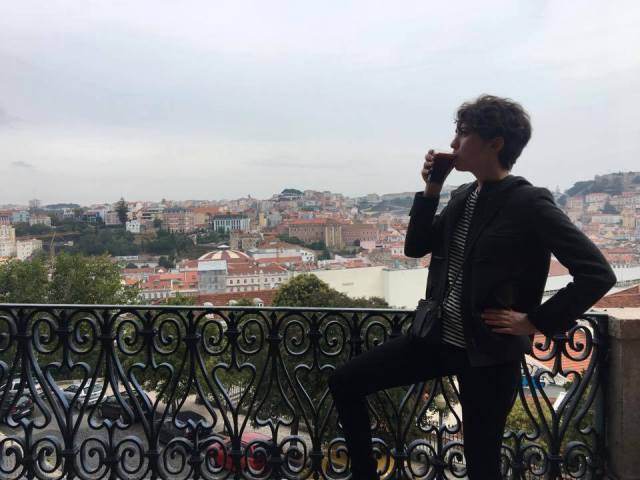 That mentality came with me as I entered the working world, when I realized that my friends had different priorities and budgets when it came to travelling. I wanted to go to Portugal, but there was no one to go with. Who would sample port wine with me as we walked through the Bairro Alto? Who would finish off the grilled octopus served in a local market if I didn’t like it? How would I toast Salud without anyone there, offering up their glass?

You know what, I thought. Fuck it. I’ll make friends there. It means pushing myself to be outgoing, to chat with strangers at the hostel where I stayed. It meant being comfortable with being uncomfortable. If there’s anything that my time in Germany taught me, it’s the value of being independent and pushing myself to new experiences that might make me uncomfortable at first, but ultimately mean a huge push in personal growth. Those experiences can be just about anything: navigating a city where I don’t speak the language, figuring out how to pay for something at a restaurant, even approaching someone at a hostel and striking up a (sober) conversation.

And you know what?