4 Reasons to go to Zadar, Croatia

In a great location with a beautiful old city, Zadar should be on your list. Find out our top 4 reasons to visit this city.

The Ryanair flight SDanck and I had booked for 20 Euros (yes, that’s a thing) just landed in Zadar, Croatia. This small city wasn’t originally on our list, but the cheap flight put it there and we were so glad it did.

Zadar is a 3,000 year old city (yep, older than Jesus), which was built in the center of the Croatian Adriatic. The city itself was first mentioned in history in 400 BCE as Jadar, though its name would be changed several times from Idassa to Jadera to how it is known today… Zadar.

Zadar has an extensive history of foreign leaders fighting to control it, enemies destroying it, and ultimately the city and people re-emerging. In 59 BCE, Zadar was declared a Roman municipium and became a colony of Roman citizens in 48 BCE. The Roman influence is evident in the ancient city, with the planned road network and main square. In 700 CE, Zadar became the capital of the Byzantine province of Damatia. The city would however would be burned and conquered by the Crusaders and Venetians in the 12th century. The Austrians took control of Zadar in 1797 followed by the French in 1806 – 1813, followed again by the Austrians in 1918. 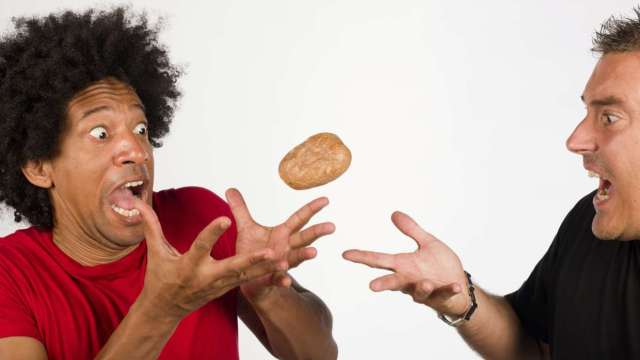 Zadar fell under Italian rule until it was given to Croatia after World War II (This would be within the Framework of the Federation of Yugoslavia). However, peace in the region would be put on halt following the Republic of Croatia’s declaration of independence. Zadar was attacked by the Serbian rebels in October 1991, in an effort to conquer and destroy. The city suffered enormous loss.

Today. Zadar still holds onto the cultures that declared this city their home for years. It is home to the oldest Croatian university and the birthplace of the first Croatian novel (1).

The Sites in Zadar and the surrounding region:

Monument to the Sun (also known as Greeting to the Sun)

Artist Nikola Basic (2) built this at the edge of the Zadar waterfront. The 22 meter disc soaks up the sun’s rays and colored lights create a disco effect as night falls. There are even plans to make this attraction interactive. The repairs will also better coordinate the music being played by the sea organ (see below).

Tip: If if you do go to this area during the day, you need to make sure to return when it begins to get dark. 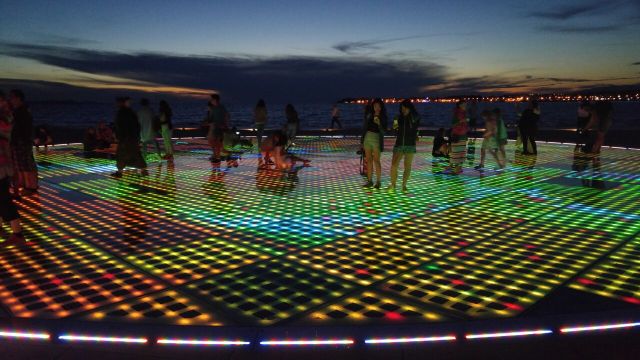 This is directly next to the Monument to the Sun. It is disguised as a series of steps reaching out into the sea, but as you head closer, you will hear music play. This art installation (again by Nikola Basic (3)) has pipes cut out of concrete which lead into the water. Music is created by the water entering and exiting these pipes

Tip: Go at sunset! The view is magical. In the words of Alfred Hitchcock from his visit in 1964, “Zadar has the most beautiful sunset in the world, more beautiful than the one in Key West, in Florida, applauded at every evening.” 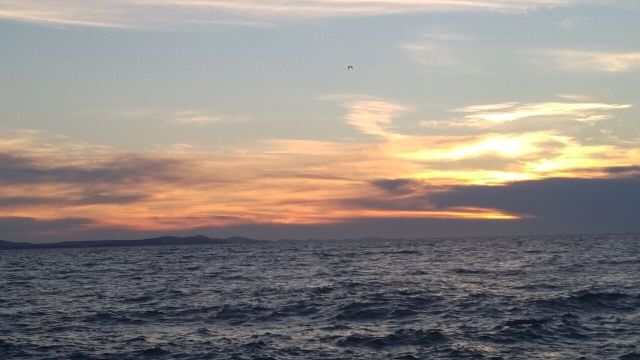 Although SDanck and I did not have time to go to the beach (We made a road trip from here to Dubrovnik), Saharun is a short ferry ride from Zadar. The beach has white sand, which is uncommon for Croatian and turquoise waters, which remind visitors of the Caribbean.

How to get there
Take the ferry! They leave directly from Zadar. Click here to reach their main site.

SDanck and I will do another post on some of these (though we have not made it to all), but the Paklenica, Plitvice Lakes, and Krka are all a relatively short drive from Zadar.

Have any more tips on places to visit? Leave your thoughts in the comments below. : )